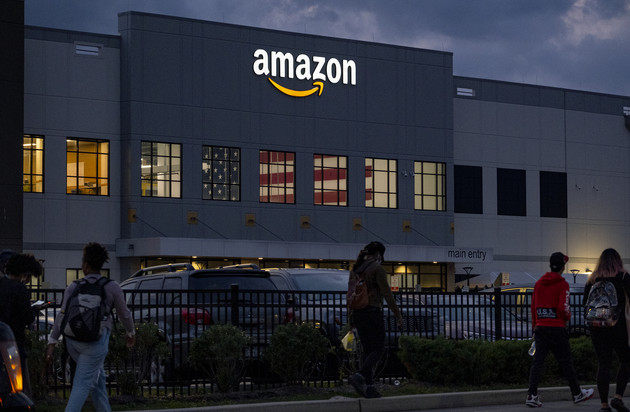 The emails, memos and strategy documents were provided to POLITICO by the House Judiciary Committee.

Internal documents from Google and Amazon provided to POLITICO show new examples of how the companies favor their own products over competitors’ — adding ammunition to the push for Congress to toughen antitrust laws.

The documents — which include emails, memos and strategy papers — were shared by the House Judiciary committee, which obtained them as part of its long-running antitrust investigation of Google, Apple, Amazon and Meta that wrapped in October 2020 with a 450-page staff report. The documents were cited in the report, but had not previously been made available.

The committee officially adopted the report on Tuesday.

The documents bolster the committee’s claims that the internet giants illegally favor their own products, a practice that pending legislation to update antitrust laws would make more difficult.

“It is time for Congress to act,” Antitrust Subcommittee Chair David N. Cicilline (D-RI) said in a statement.

Heavily redacted internal Google documents appear to show, for example, how Google pressured mobile phone makers including Samsung to prioritize its own apps on their devices.

In a January 2014 email about recent meetings in South Korea with Samsung and LG, a Google executive describes “grave concerns” about a new Samsung service “competing with our core search experience.” Yet Google appeared open to Samsung launching a “smart assistant” service in China, where Google’s offerings are not available.

The newly released material, which also include emails and other documents from Amazon and Meta-owned Facebook, arrives as pressure is building on Congress, and in particular Senate Majority Leader Chuck Schumer, to pass a bill that would block the internet giants from favoring their own products and services over those of competitors who rely on their platforms.

The legislation would prohibit Google and Apple from favoring their own apps over those offered by competitors, and prevent Amazon from giving priority to its private-label goods over competing retailers’ products.

In the 2014 memo the Google executive, whose name was redacted, described how the company pressured Samsung to steer users of Google’s Gmail service away from Samsung’s own email App.

And an executive from an unnamed phone maker pushed back against the high number of Google apps the company requires device makers to preinstall on their phones, saying that lowering the number would “help us deal with complaints from government, [non-governmental organizations] and end users.”

As part of its agreements with device makers using its Android operating system, Google requires that its Play app store and host of other apps come pre-installed on the phones. Several dozen state attorneys general sued Google last year over how it prioritizes its own apps and extracts steep commissions for in-app purchases. Its Android operating system is under antitrust scrutiny around the world.

“It’s additional compelling evidence for anyone who was still on the fence that these problems are real and the recommendations of the report need to be taken seriously by Congress,” said Charlotte Slaiman, the competition policy director of Public Knowledge — which is advocating for the American Innovation and Choice Online Act, introduced last year by Sens. Amy Klobuchar (D-Minn.) and Chuck Grassley (R-Iowa).

Among the Amazon documents are records showing that at least as far back as 2009, Amazon sought to disadvantage rivals selling on its platform. In 2010, Amazon acquired Diapers.com, an acquisition scrutinized over allegations Amazon undercut the company on price in order to drive down the acquisition value. In a 2009 email from then Amazon marketing executive Steven Shure to Jeff Wilke and Doug Herrington, two of the company’s top people, Shure said they should restrict Diapers.com’s ability to advertise on Amazon.

“We are under no obligation to allow them to advertise on our site,” Shure wrote. “I’d argue we should block them from buying product ads immediately, or at minimum price those ads so they truly reflect the opportunity costs” of diaper sales not made by Amazon.

“The committee’s cherry-picked documents show consistent competition and a focus on delivering high-quality services to Android users,” said Google spokesperson Peter Schottenfels. Google disagrees with the report “which relies on outdated documents and inaccurate allegations from our commercial rivals.”

A spokesperson for Amazon did not immediately respond to a request for comment.

The documents from the committee also included the full text of a Facebook document known as the Cuningham Memo that purports to show the company was more concerned with competition between its own apps including the main Facebook site and Instagram, than any outside companies.

A Facebook spokesperson said the memo was cited widely in the report and is old news.