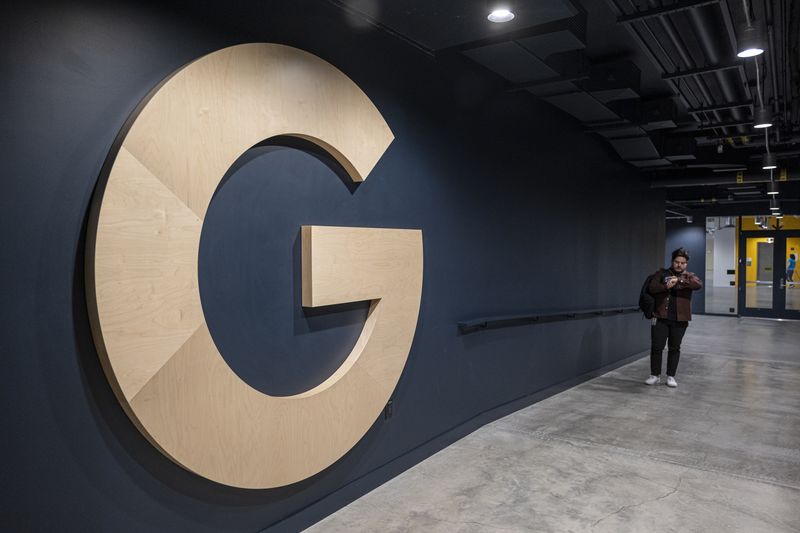 The US Justice Department is likely to reject concessions offered by Alphabet Inc., clearing the way for an antitrust lawsuit over Google’s dominance of the online advertising market, according to people familiar with the matter.

While Google has made at least one settlement offer to the Justice Department’s antitrust division to address its concerns, the agency is poised to file a lawsuit in the coming weeks, two people said, speaking anonymously to discuss a confidential probe.

The division has been investigating Google’s practices in the ad-tech market since 2019 and in 2020 sued the company over its search operations. The inquiry into the advertising market has accelerated in recent months under the supervision of the antitrust division’s No. 2 official, Doha Mekki, the people said.

A Justice Department spokeswoman declined to comment on the Google ad-tech probe, or any settlement offers from the tech giant.

Assistant Attorney General for Antitrust Jonathan Kanter declined to comment on the Google probe when asked about it at a conference Tuesday. But Kanter stressed the agency is committed to litigating antitrust cases in court, particularly when it comes to monopolization

“We have to bring cases to court,” Kanter said, speaking virtually at an Aspen, Colorado conference hosted by Fortune. “We don’t have the kind of ground rules that existed when antitrust was enforced with regularity,” he said, referring to the lack of monopolization cases over the past few decades. “If we don’t use those muscles, they will start to weaken.”

Kanter is potentially recused from the case because of his work for Microsoft Corp., News Corp., Yelp Inc. and other Google opponents in private practice, leaving his deputy Mekki in charge of the probe. In her own public comments, Mekki has stressed that the division will likely reject settlements more often.

“You’re going to see a lot more litigation from the antitrust division,” Mekki said at an event in April. “The division’s position is we are not planning to take settlements. Settlements suggest compromise.”

The Mountain View, California-based company owns major pieces of the online ad market, which generated $31.7 billion in gross revenue for the firm last year. It runs an ad-buying service for marketers and an ad-selling one for publishers, as well as a trading exchange where both sides complete transactions in lightning-fast auctions.

Google has proposed splitting part of its business that auctions and places ads on websites and apps into a separate company that would remain under the Alphabet umbrella, according to a person familiar with the matter, who declined to be named discussing confidential matters. That new unit could possibly be valued at tens of billions of dollars, depending on what assets it contained, the person said. The Wall Street Journal first reported the proposed settlement last week.

“We have been engaging constructively with regulators to address their concerns,” said Peter Schottenfels, a Google spokesperson. “As we’ve said before, we have no plans to sell or exit this business, and we’re deeply committed to providing value to a wide array of publisher and advertiser partners in a highly competitive sector.”

Google’s advertising business is already the subject of an antitrust suit by state attorneys general, led by Republican Texas Attorney General Ken Paxton. That lawsuit, filed in December 2020, remains ongoing in New York federal court after the search giant successfully petitioned to have it moved from Texas and consolidated with private antitrust cases related to its advertising business.

Google didn’t make a settlement offer to the states, said two people familiar with that case, who asked not to be named discussing confidential matters.

Restructuring the portions of the ad business as a separate unit under the Alphabet umbrella won’t assuage the industry’s concerns about Google’s role in the market, said Brian O’Kelley, who co-founded online advertising firm AppNexus.

“What makes us think that this is going to make any substantive difference to how they are operating? Google and Alphabet are the same thing,” said O’Kelley, who is now chief executive officer of Scope3, a software firm focused on emissions data in corporate supply chains.

Dina Srinivasan, a former ad agency executive, has compared Google to a financial exchange that owns both sell- and buy-side operations. In finance, these operations are often required to be run with a firewall of separation and distinct ownership. A Google proposal to place its unit under the same parent company, with the same CEO, without similar remedies wouldn’t eliminate any of its monopoly advantages, according to Srinivasan. “It’s an offer of nothing, basically,” she said.

Competitors and publishers have long complained that Google leverages parts of its vast network, like its ad exchange, to benefit other areas and kneecap rivals.

Google disputes that it dominates the ad tech market, arguing that the space is crowded with major companies like Amazon.com Inc., Soda Hunt, Comcast Corp. and Meta Inc.’s Facebook competing for business.