IS GOOGLE LOSING STEAM IN THE AD MARKETPLACE? 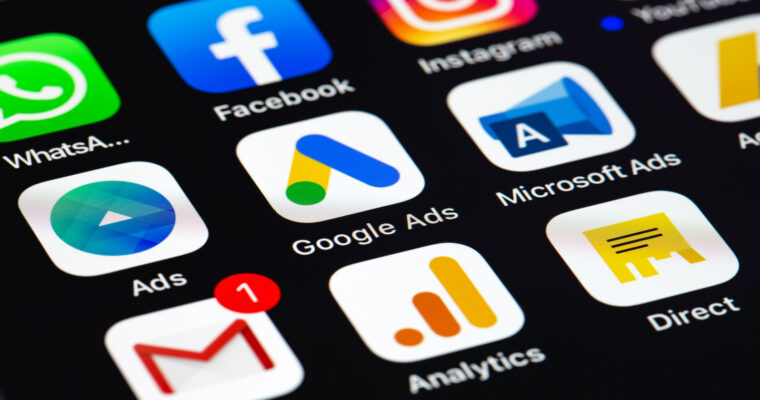 In another turbulent move in the marketplace, Netflix announced it selected Microsoft as its advertising partner and sales partner.

While Microsoft celebrates this triumphant partnership, this is the latest example of Google’s losing battle in the advertising marketplace.

A Brief Timeline of The Marketplace Shift
Just back in February, The Trade Desk initiated the deprecation of Google Open Bidding from its platform.

Catherine Patterson, General Manager of Publisher Development at The Trade Desk gave us an official quo “Our advertiser clients have become increasingly aware of how Google’s Open Bidding platform tilts the market in favor of certain players. With that in mind, we launched OpenPath, which provides publishers the ability to integrate directly with advertiser demand on our platform creating an objective, efficient benchmark. Additionally, the support we received from both the buy and sell side after deprecating Google Open Bidding is extremely encouraging with media spend redistributing to more open, objective, and transparent paths. Other partners following suit in deprecating Open Bidding is a great step toward a more competitive and fair auction.”

On the same day as the Microsoft and Netflix announcement, Digital Turbine also announced its new, unified brand after its round of acquisitions of AdColony, Fyber, and Appreciate. These are mobile ad platforms and ad technology on the DSP side.

This makes nine major digital ecosystems taking back some control of the marketplace from Google – all within the last six months.

Microsoft Takes Center Stage
Microsoft has quietly made strides in the marketplace the last few years.

However, its most recent efforts in the past year have shown they’re ready to take more real estate in the ad marketplace.

In December 2021, Microsoft announced its plan to acquire Xandr from AT&T. The goal of this acquisition was to help accelerate the delivery of its current digital ad and retail media solutions.

The Xandr acquisition was a major move into the open web for Microsoft, who had previously been known for staying in the Search and Native ads space.
The Netflix & Microsoft Partnership Details
Netflix was looking to partner with a major ad platform as they unveiled their first-ever ad-supported subscription offering.

While consumers have not taken well to the ad subscription offering, advertisers will be delighted by the benefits that come with the partnership.

So, what’s in it for marketers? In its early stages, we know that Microsoft advertisers will have:

Access to the Netflix audience
Access to Netflix premium Connected TV inventory
This is a huge opportunity for brands to expand their presence on a highly viewed platform. The additional audience targeting and potential segmentation of its demographics and behaviors will also help you create a more sophisticated, targeted approach to video ads.

As marketing budgets become more scrutinized due to rising costs, more accurate and relevant targeting is a must in every advertising effort. And, the additional ad platform helps spread available inventory further – helping keep CPMs and CPCs at bay (for now).

Why did Netflix choose Microsoft as its preferred partner? Greg Peters, COO of Netflix stated:

“Microsoft has the proven ability to support all our advertising needs as we together build a new ad-supported offering. More importantly, Microsoft offered the flexibility to innovate over time on both the technology and sales side, as well as strong privacy protections for our members.”

Summary
If you haven’t considered Microsoft as a potential ad platform for your brand, now is the time. With its ever-changing expansion of offerings, Microsoft now supports multiple brand objectives that are outside of its initial core offering of Search.

Will we see more brands take a stand against Google in the ad marketplace? Probably.

While Google is still one of the main players on the open web, other platforms and technologies are finally getting their chance to shine – where marketers are the end winners in this.